What Did I Learn When I Re-Read 1 Corinthians 13?

I’VE BEEN RE-READING through 1 Corinthians 13 this week.

Each time I mull over and meditate on the verses within this chapter, I try to treat them as though they’re new to me—as though I’ve never read them before.  I’ve been trying not to bring my prejudices and preconceptions to the text; I just want the Word to teach me.  Here’s what I’ve gleaned thus far:

Why Am I Afraid of Truth? 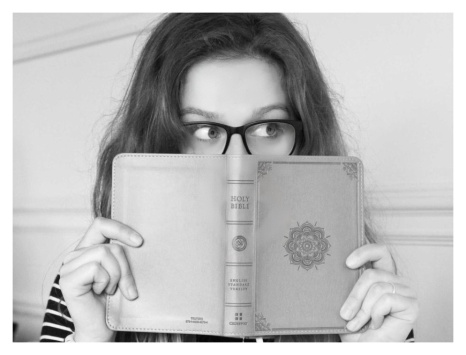 MARTHA AND MARY urged the Lord to check on their brother’s welfare (John 11:3)…

Instead, Jesus tarried for two more days before leaving for Bethany (John 11:6) to check on his ailing friend.

When He finally did arrive on the scene, Lazarus had been graveyard dead for four days (John 11:39).

The Lord made His way to the tomb where Lazarus had been buried.  He asked that the stone be rolled aside and then shouted, “Lazarus, come forth!” (John 11:43).

Scripture records wondrously, “And he who had died came out bound hand and foot with graveclothes, and his face was wrapped with a cloth…” (John 11:44).

Some of those who witnessed this awesome scene reported the event to the Pharisees (John 11:46).

What is striking to me is that even the avowed enemies of Jesus admitted His miraculous work.  They pondered, “…What shall we do?  For this Man works many signs” (John 11:47).

Did you catch that?

The truth of the resurrection was so self-evident and undeniable that even those who hated Him couldn’t deny what He had done.

What is especially telling to me is the fear and concern that the Pharisees experienced.  They said, “If we let Him alone like this, everyone will believe in Him, and the Romans will come and take away both our place and nation” (John 11:48), so they conspired to murder Him (John 11:53).

Let that rattle around in your brain for a while.

Why would folks want to kill a Man with the ability to raise the dead, and why were some of the Pharisees afraid of Jesus – the embodiment of truth?

The answer to these questions also explains WHY many people fear truth today.  Consider:

Good reader, how do you feel when the truth of Jesus Christ is taught and practiced?

Are you worried that your sin may be discovered?

Do you feel the need to fight and keep things “as they are?”

Give it some thought.

What was Luther’s Plea?

“I pray you leave my name alone and do not call yourselves Lutherans, but Christians. Who is Luther? My doctrine is not mine: I have not been crucified for any one… How does it then benefit me, a miserable bag of dust and ashes, to give my name to the children of Christ? Cease, my dear friends, to cling to these party names and distinctions; away with all of them; and let us call ourselves only Christians, after Him from whom our doctrine comes.” LIFE OF LUTHER, p. 262

10 I appeal to you, brothers, by the name of our Lord Jesus Christ, that all of you agree, and that there be no divisions among you, but that you be united in the same mind and the same judgment. 11 For it has been reported to me by Chloe’s people that there is quarreling among you, my brothers. 12 What I mean is that each one of you says, “I follow Paul,” or “I follow Apollos,” or “I follow Cephas,” or “I follow Christ.” 13 Is Christ divided? Was Paul crucified for you? Or were you baptized in the name of Paul?  1 Cor. 1:10-13