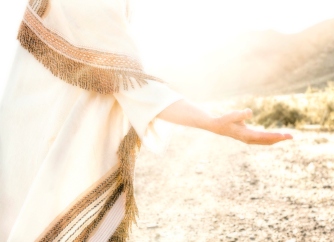 The Leadership Principles of Jesus

OBSERVATION:  A leader goes before and with his followers.  He takes them along with him and shows them the way.

2. Jesus didn’t merely lead His disciples; He lead them to a HIGH MOUNTAIN.

OBSERVATION:  A leader doesn’t simply move his followers from one location to another; He challenges them and takes them to a higher place.

“And He was transfigured before them.  His face shone like the sun, and His clothes became as white as light” (v. 2).

3. Jesus didn’t simply change Himself; He TRANSFORMED His disciples.

Scripture declares that the Lord was transfigured before Peter, James, and John.  The Greek word is metamorphoo—from which we get our English words “metamorphosis” and “metamorphic.”  It refers to a change on the outside that comes from the inside (e.g., like a caterpillar into a butterfly).

Peter, James, and John were strongly affected by the transfiguration.  Years later, Peter commented on this very circumstance and said, “For we did not follow cunningly devised fables when we made known to you the power and coming of our Lord Jesus Christ, but were eyewitnesses of His majesty.  For He received from God the Father honor and glory when such a voice came to Him from the Excellent Glory: ‘This is My beloved Son, in whom I am well pleased.’  And we (emphasis mine—mb) heard this voice which came from heaven…” (2 Pet. 1:16-18a).

OBSERVATION:  A real leader must first change himself before He can expect his followers to change.