Are You Ready – Right Now? 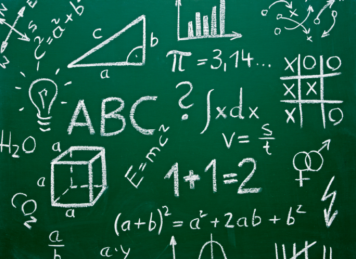 He was Rabonni.  Master.  Teacher.

Now imagine if Jesus had begun his very first Bible class with the twelve following introduction:

“Men,” he says, “Big changes are on the horizon. Judaism and the old Mosaic regime is about to come to a close. The Ten Commandments will no longer be in effect. Animal sacrifices will cease. Circumcision of the flesh will be a thing of the past. There will be no more High Priesthood – at least, not as you know it now. The Sabbath, with all of its fleshly ordinances, will be brought to an end. Regulations that your families have kept for generations will be made obsolete. What was once unclean will now be considered clean…”

How do you suppose Peter, James, John and their fellow-classmates would have responded to that kind of information?

Of course, these statements were correct (Romans 7:2, 6; Ephesians 2:14-15; Colossians 2:14ff; Hebrews 8-10), but it’s obvious they wouldn’t have been in any way prepared for them. Yes, the law was for Israel only (Deuteronomy 4:7-8), yes, the law constituted a temporary system (Jeremiah 31:31-32), yes, the law was about to become obsolete (Hebrews 8:13), and a new and better was about to be established; but none of these twelve freshmen were mature enough to stomach that kind of doctrinal meat – at least not yet.

Jesus knew that – and that’s why He waited; He did not tell them what they were not ready to hear. “I still have many things to say to you, but you cannot bear them now” (John 16:12).

Christian teachers need to remember this important principle today. Typically folks have to get the hang of addition, subtraction and division before they wrestle with algebra, geometry and physics. They learn the basics and fundamentals first, then they are incrementally challenged with higher mathematics.

What is true in the realm of academics also ought to be true in matters pertaining to the Faith. Typically people need to learn the difference between the Law of Moses and  the Law of Christ before they’re told that instruments of music in worship are sinful.  It’s not that instrumental music is an inconsequential matter and shouldn’t be addressed (Colossians 3:16-17); it’s a matter of readiness and timing.

We can convey the right information at the wrong time in the learning curve. What did Jesus tell the twelve? “I still have many things to say to you, but you cannot bear them YET.”

When we fail to prepare the heart – soil of our peers, try simply to win doctrinal arguments, and/or show others just how much (or little) we know about the Bible, more often than not, we shut out the very souls we were meant to convert. When we force information upon them when they’re not ready to hear it, we’re simply scattering the Seed-Word on blacktop.

It’s not that our friends will never accept the truth at some point in the future; it’s that they usually aren’t ready at Bible study #1 for deeper concepts of doctrine. It’s addition – then algebra, Testament – then worship, milk – then meat (cf. Hebrews 5:12ff).

Jesus, the Master Teacher, knew that. He prepared the hearts of his students for the reception of important truths. He reiterated ideas. He gave little tests. He spoke in figures and parables. He planted little seeds of faith, water them, fertilized them and then he waited for growth and maturity.

Christian teachers and evangelists would do well to remember his example.

Read more from Uncategorized
← Does God Have Alzheimer’s?
Is the Book of Genesis Full of Lies? →