Is God One or Three? 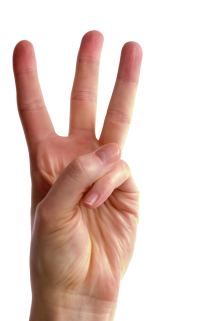 QUESTION:  “Is God absolutely alone?  Is He only one person?”

ANSWER:  Let’s  go to the Word of God for an answer:

There is ONE Infinite Spirit Being—God, and yet within that one being there are THREE distinct persons. Note:

These three distinct persons each share in, and partake of, THE SAME DIVINE ESSENCE (cf. 2 Cor. 13:14). When the Bible tells us that “the LORD is one”, it’s referring to a numerical one, i.e., there is one God as opposed to many gods.  When the Bible tells us that the Father, Son, and Holy Spirit are/is God, it’s referring to a united one, i.e., they each share the attributes which deity alone possesses2 and are therefore referred to collectively as the Godhead (Acts 17:29; Rom. 1:20; Col. 2:9 (KJV).  Study the following verses carefully:

We need to caution against a) blending the three divine personalities so strongly that we make absolutely no distinction between them, and/or b) over-emphasizing the individuality of the three and inadvertently creating a doctrine of Tritheism—or three Gods.

3 ALL CAPS emphasis in some text as well as verses of Scripture is mine—mb.