WHERE are Sinners Told to “Pray Through”? 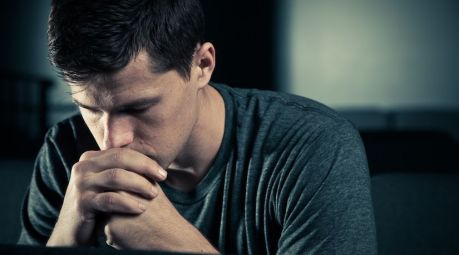 With the Bible as our rule of faith and practice, containing as it does, the revelation of God’s will to us, we should be very anxious to do just the things that it authorizes.

This is especially true since we are saved from our past sins and become Christians only if we obey the truth (John 8:32; 17:17).

WHERE does the Bible say that inspired men ever invited alien sinners to the altar to pray for salvation?

In Acts 22:16, we read of an alien sinner, engaged in prayer when the Lord sent a preacher to tell him what to do.

Saul, who had been one of the worst enemies Christianity ever had, became convinced of the error of his way.

Jesus told him to go to Damascus and there he would be told what he must do (Acts 9:6).

So he went to the city and waited for – that information.

Ananias, a gospel preacher, was sent to tell him what to do.

When Ananias arrived he found Saul, the sinner, engaged in prayer.

Many modern preachers would have told Saul to “pray on until you pray to pardon.”

Did Ananias tell Saul to pray on?

However, he told Saul exactly what God wanted him to do.

He stopped Saul from praying and said, “And now are you waiting?  Arise, and be baptized, and wash away your sins, calling on the name of the Lord” (Acts 22:16).

So Ananias told Saul to get up from his prayer and do something else – to be baptized and wash away his sins.

Has it ever occurred to you that the average preacher of our day would not tell an alient sinner what Ananias told Saul to do?

That is, to “Arise and be baptized and wash away your sins…”

Read more from Uncategorized
← INCARNATE 02.29.20
Did the Great Physician Ever Lose a Patient? →