When Did David Practice Social-Distancing? 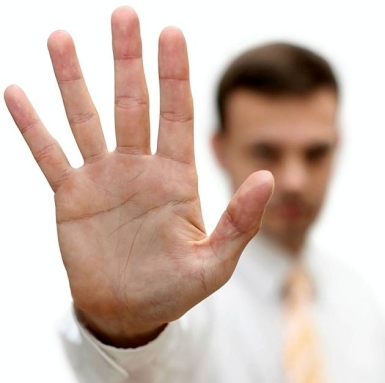 THERE ARE 176 prayers in the Old Testament and 46 in the New Testament–for a total of 222 prayers.

Nearly one out of every four of these prayers chronicled in Scripture were uttered by Jesse’s son, David:

Obviously David was a man of prayer.

Ironically, 1 Samuel 27 records an aberration—an odd occasion when this mighty hero of the faith failed to make inquiry of God.  Contextually, this notable prayer-void was during that lengthy period of time when David was being pursued by King Saul (cf. 1 Samuel 21-31).  The Bible says:

“And David said in his heart, ‘Now I shall perish someday by the hand of Saul.  There is nothing better for me than that I should speedily escape to the land of the Philistines; and Saul will despair of me, to see me anymore in any part of Israel.  So I shall escape out of his hand’” (1 Sam. 27:1 NKJV).

Consider a few, important observations from this text.  Note:

The problem was, David actually knew better.  He knew he’d survive all of those assassination attempts.  Back in 1 Samuel 16, Samuel had already, with God’s authority, anointed David to be the next king of Israel (vv. 12-13).  In chapter 23 his best friend, Jonathan, had reassured him that he would possess the throne (v. 17).  In chapter 25, his wife, Abigail, reminded her husband that the Lord would keep His promise and elevate David as Israel’s next ruler (v. 30).  Even Saul himself admitted it (24:20)!

And yet, David in his weariness and languor, had somehow managed to forget what God had said through his various peers.  David feelings of fear trumped and overshadowed God’s truth—at least for the moment.  But now watch again:

“There is nothing better for me than that I should speedily escape…”  Wait, what?!  “NOTHING better, David?!”  David, the praying man, the man after God’s own heart, the man who had in his earlier days killed a lion, a bear and a giant, now decided that there was nothing better for him to do than to tuck-tail and change zip codes!

And here’s where the rubber met the road.  Instead of praying for divine guidance on the matter of Saul’s relentless pursuit, David decided to socially-distance himself from the king—and in so doing, he simultaneously distanced himself from the Almighty.  David left Israelite territory and went to (are you ready for this?), the Philistine city of Gath—again, (Goliath’s old home!) and resided there for a year and four months (v. 7)!

So what can we learn from this prayer-less time in David’s life?  What practical mustard seeds can we glean from how David dealt with his fatigue and fear?

When we, like David, allow our feelings to take precedence in our thinking, we inevitably, inexorably start trusting in our own wisdom and in our own selves instead of God. Think about a few similar examples.  When Abraham lied, not once, but twice about his wife’s identity (Gen. 12:10-20; 20:2), he was being controlled by his own fear rather than trusting in wisdom of God.  When Sarah laughed at God’s promise of a future son, she was trusting in her own feelings instead of God (Gen. 18:12-15).  When Moses struck the rock, instead of speaking to it as instructed, he was elevating his own feelings of anger over the wisdom of God (Num. 20:11).  Peter started walking out on the water toward his Lord, but when he took his eyes off of Jesus and saw the strong wind, he succumbed to his fear instead of trusting in the Son of God (Mat. 14:30).  That’s why Jeremiah warned, “O LORD, I know the way of man is not in himself; it is not in man who walks to direct his own steps” (Jer. 10:23; cf. Prov. 14:12; Luke 18:9).

Remember church—pain, suffering and adversity can blind us to the wisdom and power of God to such a point that we listen to our own wisdom, which, in turn, effectively cancels out the wisdom of God.

The devil wants us, like David, to dwell in enemy territory; he wants us to start living in Gath. When David fled from Saul and started living outside of Israel, he may have escaped Saul, but he didn’t completely separate himself from his foes.  On the contrary, he actually compromised God’s will and allied himself with Achish—a Philistine lord/king (vv. 5ff)!

Christians sometimes to do the same thing, don’t they?  On occasion, when they’re weary and afraid, they think with their feelings and justify taking residence in the adversaries’ domain (cf. 1 Pet. 5:8).

How many Christians have tried to escape their incessant pain, and in turn, fled to a bottle of alcohol or illicit drugs (Prov. 20:1)?  How many children of God have sought to escape the problems within their own hurting marriages only to run headlong into the arms of other broken relationships (Prov. 6:32; cf. Rom. 6:1)?  How many members of the body of Christ have, like David, experienced long-term, wearisome heart-ache, and then given themselves permission to run to pornography in the enemy’s territory (Mat. 5:27-28; 1 Cor. 6:18)?  How many saints in God’s kingdom have left the obstacles within their own congregation’s fellowship, only to take up residence with those in the denominational world outside of Christ (cf. 1 Cor. 15:33; 2 Cor. 6:14; Eph. 2:12)?  How many elderships at large, and shepherds individually, have ignored and seemingly liberated themselves from a dilemma within their flock, and in so doing, have actually fled to the adversaries’ province because they refused to lead and be active as the Lord requires (cf. Acts 20:28ff; Jas. 4:17)?

Beloved, running, leaving, and or fleeing is NEVER the answer to our troubles.  Paul asked rhetorically, “What then shall we say to these things?  IF GOD IS FOR US, WHO CAN BE AGAINST US” (Rom. 8:31—emphasis mine, mb)?!  And the answer is?  Nobody!  David knew that, he was controlled by his fear, and he ran anyway.

Dear reader, are you, like David, trying to escape from your Saul?  Have you fled from the relentless pursuit of your problems and then run right into the very thing you disdain?