Who Stole the Body of Jesus? 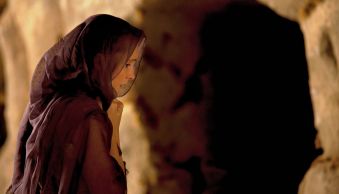 SHE MADE A false assumption.

Mary came to the tomb and found it barren.

From her perspective, there was only one plausible explanation for why this was so. “They have taken the Lord…” (John 20:2b).

“They” whomever they were, had breached the burial chamber, stolen the lifeless body of Christ, and then moved it to an undisclosed location.

Atheist Richard Carrier, while neither willing nor able to actually produce specific culprits for the burglary, maintains that Mary was actually right.1 He asserts that the empty tomb evidenced a theft, not a resurrection.

But take just a moment to analyze Carrier’s flawed thinking. Truth should never be afraid of honest investigation, right?

Matthew’s inspired record says the chief priests and Pharisees met with Pilate in an effort to foil any attempts at taking Jesus’ body in the first place.  They said, “Sir, we remember, while He was still alive, how that deceiver said, ‘After three days I will rise.’ Therefore command that the tomb be made secure until the third day…” (Matthew 27:63-64a).

These men were not worried that Jesus would actually be resurrected; they were fearful that folks such as Joseph, Nicodemus, Mary (Matthew 27:57-61) and perhaps others, might stage a sort of mock resurrection in order to propagate what Jesus had foretold (cf. Matthew 16:21; 20:17; 26:28; Mark 8:31; Luke 24:44).  They thought they had finally quelled Jesus and his doctrine and wanted to make sure it wasn’t rekindled again.

Pilate, in keeping with the religious leader’s pressing request, secured the tomb and gave permission to set a guard (Matthew 27:65-66, NIV; Matthew 28:11-15).

Now think about it.

Why would the avowed enemies of Jesus go to all of the trouble of preventing the theft of his body, but then engage in the theft themselves?! Why would they twist Pilate’s arm to protect the tomb from any intrusion, but then steal what they had tried so hard to secure?! What would prompt them to allegedly pay off the security force, break the seal, and then take possession of what they wanted nobody to acquire?!

Furthermore, when the apostles later preached a resurrected Lord during the early days of the church (cf. Acts 4:1ff), why didn’t the religious leaders simply produce the dead corpse of Christ?!  If they had, in fact, stolen the body, why didn’t they display it for all to see? In so doing they would have not only exposed the lie being propagated by Jesus’ followers, but they would have effectively killed Christianity dead in its tracks!

The obvious reason the opponents of Jesus didn’t produce his body was–because they didn’t have it in the first place.

Both Mary and Richard Carrier were mistaken.

1 Richard Carrier, “The Plausibility of Theft,” in The Empty Tomb: Jesus Beyond the Grave, edited by Jeff Lowder and Robert Price, 349-368

← Why Does Every Marriage Need a Box Top?
How Do Your Protect Your Heart? →