How Do You Prepare for a Crash? 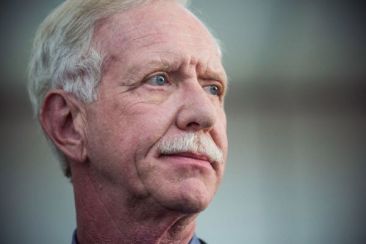 The national media touted Chesly Sullenberger as a national hero.  The internet, newspapers, and television all gave him special praise.  Even the President made a congratulatory call.  The accolades were not unwarranted.  Mr. Sullenberger, or “Sully” as he’s called by his friends, did something extraordinary.

He was piloting US Airways flight 1549 over New York City when his craft collided with a flock of birds.  Moments later he somehow managed to land the crippled aircraft in the Hudson River without the loss of life or serious injury.  It was an incredible effort.  Many deemed it “miraculous.”

But it really wasn’t a miracle.  A miracle—in the biblical sense—is not just something highly unusual, it is something that supersedes the laws of nature (Mark 16:17-19).  If Airbus A320 had suddenly suspended in mid-air, that would have been a miracle.

But don’t misunderstand me; Sullenberger did something worthy of the laurels he received.  What made that real-life story so compelling is that he was uniquely qualified for this kind of emergency.  He had been preparing virtually all of his life for this very kind of circumstance.

Chesly Sullenberger was ready.  When the pressure was on, he called upon his years of training, expertise, and observation.  Even when it was obvious the plane was going down, Sullenberger not only flew the broken jetliner, but he came over the intercom and calmly told his 149 fellow-passengers, “Brace for impact.”

I hope the analogy is obvious.  All of us face crisis in our lives.  ALL OF US.  Maybe it’s an untimely death.  Maybe it’s the crushing financial difficulty or loss of a job due to the national quarantine.  Maybe it’s a serious, life-threatening illness like COVID-19 itself.  Maybe it’s a heart-breaking, soul-wrenching relationship problem that’s come to the surface.  Maybe it’s a haunting private addiction.  Maybe it’s that tornado that ripped through your neighborhood and demolished your house.  Maybe it’s a combination of these issues.  Sooner or later we all face “mid-air collisions,” right?

The answer may sound too simplistic, but it’s biblical.  It’s a matter of genuine faith.  FAITH!

Some brethren spend a lifetime with a TV remote in their hand.  Other’s skip Lord’s Day Bible Study and the evening assembly, not to mention Wednesday night class.  They don’t even bring a Bible to the assembly.  “Do I have to?” “Am I obligated to?” they ask.  “Do I have to read, and study and meditate?”  “I don’t have the time!” they insist.  Then the collision comes.  They crash.

There’s a flock of birds that has collided with our lives.  Were you ready for this crash?  Where is your faith?