THE WATCHTOWER SOCIETY makes some startling claims about Jesus.

Go to their official website and you will discover that they urge readers to “consider what the Bible really teaches about Jesus Christ,” and then informs them:

It doesn’t take exceptional insight to see where this is going.  Clearly, JW doctrine wants people to believe that Jesus is not deity.

Does the evidence of Scripture confirm this idea?

Open your Bible and then study the following:

No, the Bible does not support WatchTower dogma.

Jesus is deity; He is God.

“For unto us a Child is born, unto us a Son is given; and the government will be upon His shoulder.  And His name will be called Wonderful, Counselor, Mighty God, Everlasting Father, Prince of Peace” (Isa. 9:6).

“So Pharaoh commanded all his people, saying, ‘Every son who is born you shall cast into the river, and every daughter you shall save alive’” (Exo. 1:22).

“And a man of the house of Levi went and took as wife a daughter of Levi.  So the woman conceived and bore a son.  And when she saw that he was a beautiful child, she hid him three months.  But when she could no longer hide him, she took an ark of bulrushes for him, daubed it with asphalt and pitch, put the child in it, and laid it in the reeds by the river’s bank.  And his sister stood afar off, to know what would be done to him” (Exo. 2:1-4).

“For as the body without the spirit is dead, so faith without works is dead also” (Jas. 2:26).

AS A BOY growing up in East Tennessee, I often marveled at my Father’s keen ability to raise grapes.  He loved grapes and homemade grape jelly (he still does), and that love was seen in his devotion and care for his vines.  He mulched around the vines, he fertilized the vines, he watered the vines, and he protected the vines.

As a result, he produced delicious grapes year after year—but his grapevines ONLY bore grapes.  His vines never bore grapes, and tomatoes, and squash, and watermelon, and cucumbers.

When our Lord said, “I am the vine, you are the branches…” (John 15:5a), He was not sanctioning the religious division which is so prevalent in our world today.  Had that been the case, Jesus would have needed another comparison than that of the vine and branches because A VINE BEARS ONLY ONE TYPE OF FRUIT.  Grapevines only yield grapes, right?

“Implanted in each created organism was a ‘seed,’ programmed to enable the continuing replication of that type of organism.  The modern understanding of the extreme complexities of the so-called DNA molecule and the genetic code contained in it has reinforced the Biblical teach of the stability of kinds.  Each type of organism has its own unique structure of the DNA and can only specify the reproduction of that same kind.”1/  (Emphasis mine–mb).

In layman’s terms, what Doctor Morris was saying is that stuff only reproduces that same stuff.  In essence, George Benson’s grapevines could only yield grapes.  Different varieties of grapes?  Perhaps.  Fruit other than, or in addition to, grapes?  No.  Remember what Morris said, the “unique structure of the DNA…can only specify the reproduction of the same kind.”  To put it another way, “…You will always harvest what you plant” (Galatians 6:7 NLT).

Now stay with me.  In Luke 8 Jesus said, “…The seed is the word of God” (v. 11b).  Think about it for just a moment.  1)  Since a seed only reproduces after its own kind, and since, from a spiritual perspective, 2) the seed is God’s Word, then why do we have so many different religious groups today?  You can’t plant one seed and get thousands of different kinds of denominational fruits.  It’s genetically impossible. How can we plant the same seed (e.g. the Word) and yet reap a whole plethora of different and often contradictory, religious groups—which wear different names, which engage in widely divergent practices, and which teach opposing views?  Grapevines only yield grapes.

Two chapters after He spoke about the vine and the branches Jesus prayed, “I do no pray for these alone, but also for those who will believe in Me…that they all may be one…” (John 17:20, 21a).

One.  One seed.  One vine.  Many branches which reproduce the same fruit.  That’s what Jesus taught.

SHE SHOWED UP on our front door step.  Even though she was outside at the time, I could hear her distinctive “meow” throughout the house.  We had a cat at the time, but Lucky’s voice has a much lower tone and pitch, so I knew it wasn’t him.

I stepped outside to introduce myself to our new guest.  She made a couple of quick circles around my feet and I nearly tripped.  She was thin, small, black and white, and had a light pink nose.

I’d studied feline dialect over the past twelve years so I could tell she was hungry.  I walked back into the house, stole a cup of Meow Mix from Lucky’s bag, came back outside, and then poured her dinner in a small heap on the concrete.  She devoured it as if she hadn’t eaten in days.

She stuck around our house for the next few days.  I dutifully fed her—morning and evening, but couldn’t help wonder whom she belonged to.  Surely her owners would be concerned as to her whereabouts.  She didn’t have a collar, and I feared for her safety in light of our proximity to the highway.

On Friday as I was leaving for the office, I pulled up to the intersection in front of our house and noticed a homemade placard which had been duct-taped to the STOP sign.  There was a photo of this very cat, and then the following information:

I instantly knew two things—1) the cat’s name and 2) her owner’s phone number.  I picked up my cell and punched in the ten digits.  Oddly enough, I got an old country boy several miles away.  He seemed aggravated that I had even called and said that he had never owned a cat in his life.  I confirmed the phone number with him; it was correct.  Apparently, Josephine’s owner has posted the wrong phone number on the sign.  I apologized to the man and hung up.

Lanore and I talked about what we should do on Saturday.  She suggested that I try punching in different combinations of the last four digits of the phone number.  I switched the 2 and the 1 and pressed “call.”  A lady immediately answered and said, “Hello.”  I said, “I’m calling about a cat…”  Before I could finish my sentence, she interrupted and announced, “Yes!!!  That’s MY cat—that’s Josephine!”

I gave the lady directions to our house and within two minutes she was pulling up in our driveway.  I carried Josephine over to the car.  Her owner literally ran up to me, snatched Josephine out of my arms, gave me a huge hug, and then began to weep.  “I can’t believe it!” she sobbed.  “I just knew something bad had happened to her…”  Talk about tears of joy!

As it turned out, Josephine’s owner had let her outside late Tuesday evening, but she didn’t return as usual.  The old cat had wandered out of the neighborhood, crossed the highway, and then decided to camp out on our porch several blocks away.

This whole occasion got me to thinking.  I wonder exactly what happens in heaven when folks repent and are restored to Christ?  What kind of party does the spirit world hold when a wayward brother returns to his first love?  What’s involved in “joy” when a sinner returns home?  Jesus said, “Likewise, I say to you, there is joy in the presence of the angels of God over one sinner who repents” (Luke 15.10; cf. v. 7). 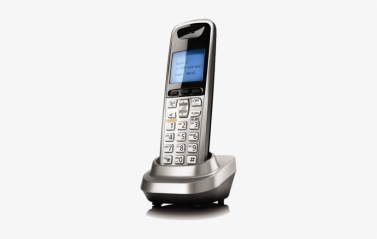 I had just gotten off of the phone with Mom.  She started out the conversation with, “I’m not quite sure how to tell you this, but…”

“But” sounded pretty ominous to me, and as it turned it, it was—or so I thought at the moment.  Following a recent MRI scan, her surgeon discovered what he described as another “spot” on her brain.  I say “another” because scarcely two years earlier, Mom had undergone brain surgery in order to remove a golf-ball size tumor.

I’m happy to announce that now, many years later, she’s doing fine.  That spot was just a false alarm.  But at that precise moment, when she first called me, I don’t know that either of us could have been described as “fine.”

That episode, and more specifically, that phone call really made an impact on me.  It changed everything that day.  What was so important at 9:30 was trivial by 9:45.  What my Day-Timer deemed important earlier in the day as being urgent, was summarily crossed off that day’s to-do list all together.  One phone call put life in perspective.

Sickness has a way of doing that to us, doesn’t it?  By that I mean that cancer and tumors and malignancies and the such like have a way of grabbing our attention and reminding us of what really counts.

It is so easy for us to become side-tracked and pursue those things which are clamorous and pressing. Then we get one of those phone calls that begins with, “I don’t quite know how to tell you this…”

The truth of the matter is, those kinds of phone calls come all-too frequently, don’t they (Psalm 39:4,5; Proverbs 27:1; Isaiah 40:6-7; James 4:14)?  They shout in our consciousness as to what really deserves our time, energy, and interest.

May I ask a personal question, good reader?  What will be the next item on your agenda after you finish reading this message?  Is it really important…?

Please don’t fall victim to the tyranny of the urgent.  Evaluate how you use your time, look through your schedule, and then pursue the real priorities in your life.