Can You Describe Jochebed’s Faith? 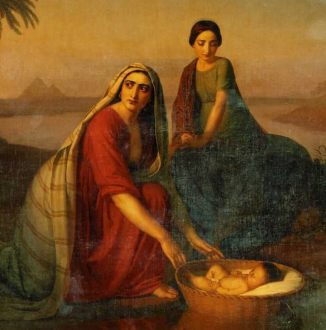 “So Pharaoh commanded all his people, saying, ‘Every son who is born you shall cast into the river, and every daughter you shall save alive’” (Exo. 1:22).

“And a man of the house of Levi went and took as wife a daughter of Levi.  So the woman conceived and bore a son.  And when she saw that he was a beautiful child, she hid him three months.  But when she could no longer hide him, she took an ark of bulrushes for him, daubed it with asphalt and pitch, put the child in it, and laid it in the reeds by the river’s bank.  And his sister stood afar off, to know what would be done to him” (Exo. 2:1-4).

“For as the body without the spirit is dead, so faith without works is dead also” (Jas. 2:26).

← What Do Grapevines Produce?
Is Jesus Deity? →