What Do Grapevines Produce? 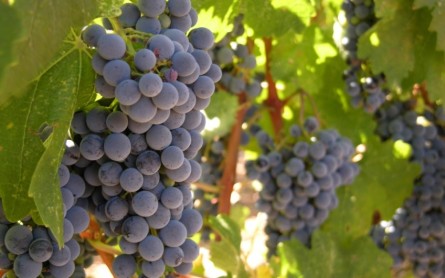 AS A BOY growing up in East Tennessee, I often marveled at my Father’s keen ability to raise grapes.  He loved grapes and homemade grape jelly (he still does), and that love was seen in his devotion and care for his vines.  He mulched around the vines, he fertilized the vines, he watered the vines, and he protected the vines.

As a result, he produced delicious grapes year after year—but his grapevines ONLY bore grapes.  His vines never bore grapes, and tomatoes, and squash, and watermelon, and cucumbers.

When our Lord said, “I am the vine, you are the branches…” (John 15:5a), He was not sanctioning the religious division which is so prevalent in our world today.  Had that been the case, Jesus would have needed another comparison than that of the vine and branches because A VINE BEARS ONLY ONE TYPE OF FRUIT.  Grapevines only yield grapes, right?

“Implanted in each created organism was a ‘seed,’ programmed to enable the continuing replication of that type of organism.  The modern understanding of the extreme complexities of the so-called DNA molecule and the genetic code contained in it has reinforced the Biblical teach of the stability of kinds.  Each type of organism has its own unique structure of the DNA and can only specify the reproduction of that same kind.”1/  (Emphasis mine–mb).

In layman’s terms, what Doctor Morris was saying is that stuff only reproduces that same stuff.  In essence, George Benson’s grapevines could only yield grapes.  Different varieties of grapes?  Perhaps.  Fruit other than, or in addition to, grapes?  No.  Remember what Morris said, the “unique structure of the DNA…can only specify the reproduction of the same kind.”  To put it another way, “…You will always harvest what you plant” (Galatians 6:7 NLT).

Now stay with me.  In Luke 8 Jesus said, “…The seed is the word of God” (v. 11b).  Think about it for just a moment.  1)  Since a seed only reproduces after its own kind, and since, from a spiritual perspective, 2) the seed is God’s Word, then why do we have so many different religious groups today?  You can’t plant one seed and get thousands of different kinds of denominational fruits.  It’s genetically impossible. How can we plant the same seed (e.g. the Word) and yet reap a whole plethora of different and often contradictory, religious groups—which wear different names, which engage in widely divergent practices, and which teach opposing views?  Grapevines only yield grapes.

Two chapters after He spoke about the vine and the branches Jesus prayed, “I do no pray for these alone, but also for those who will believe in Me…that they all may be one…” (John 17:20, 21a).

One.  One seed.  One vine.  Many branches which reproduce the same fruit.  That’s what Jesus taught.

← Where was Josephine?
Can You Describe Jochebed’s Faith? →